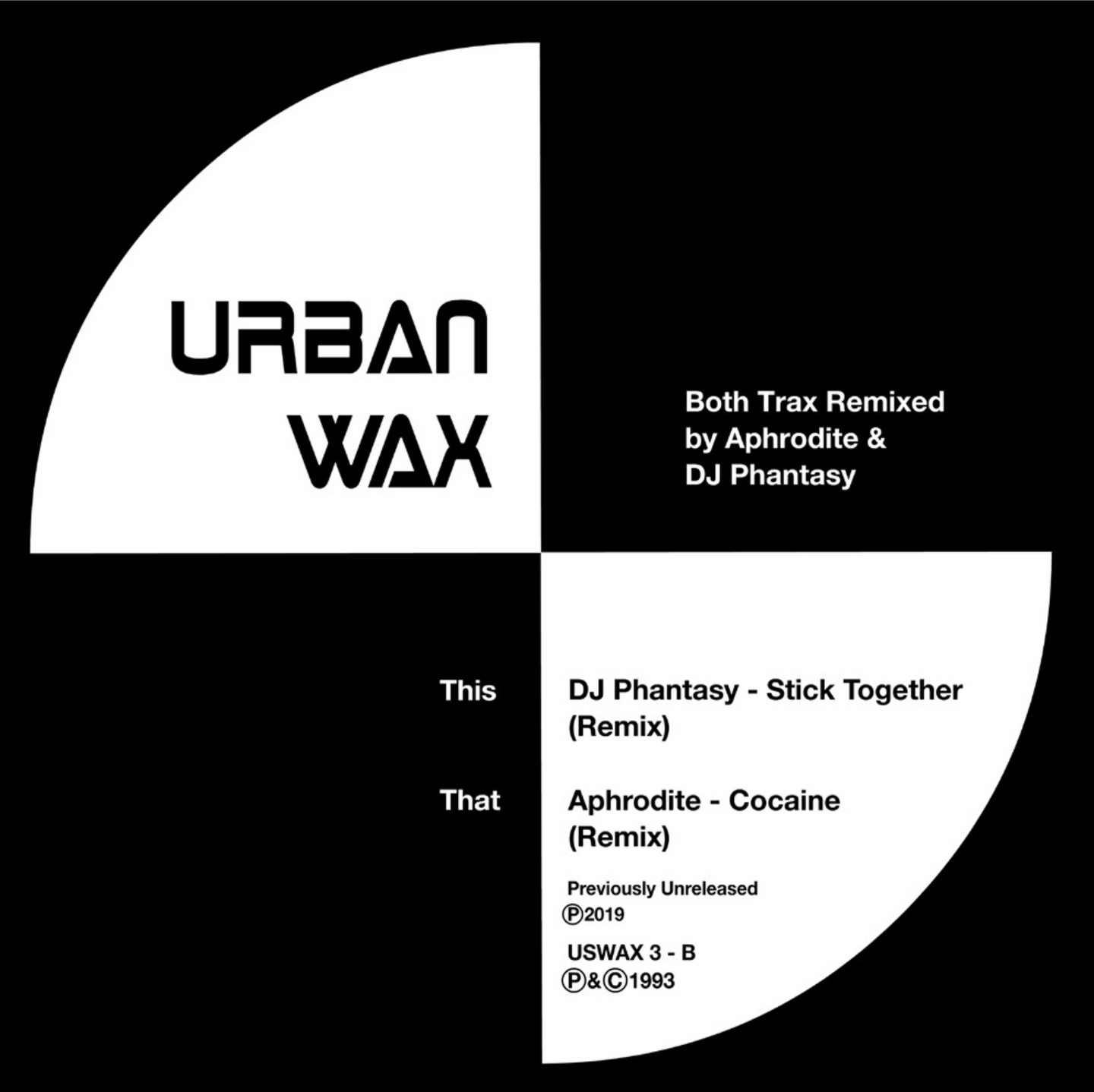 In 1993 two of the big guns in the rave scene came together and made some music. The duo wrote many tracks and remixes together during that year, but two tracks slipped through the net and vanished without trace. That is until now. Aphrodite located the masters hidden on DAT tape and hooked up with Vinyl Fanatiks to finally make them available. Two raw, uncompromising early hardcore tracks created on an Amiga using analogue gear. This is the original sound of the infamous British rave scene as it morphed into what became hardcore and then jungle. 27 years later and they still shake a bass bin. 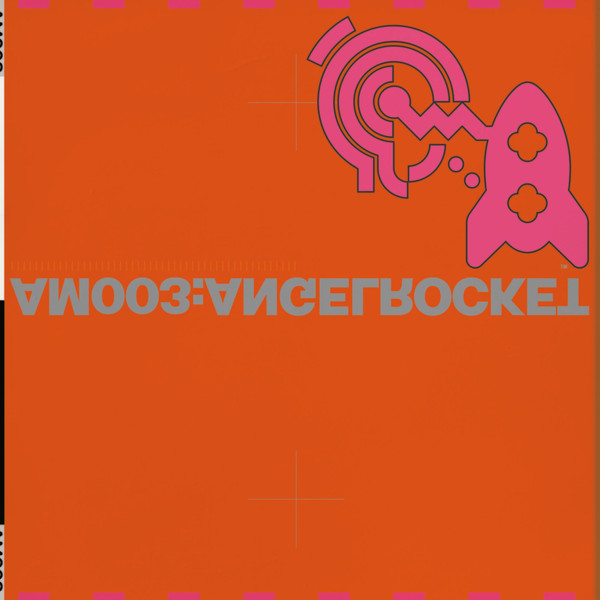 The debut release from a London duo weaving vibrant patchworks of dance floor debris, from line-dancehall to hopscotch breaks. Enter the world of Angel Rocket…BIG TIP!Angel Rocket is the eclectic new project from Angel Hunt (Good Morning Tapes) & Peter Rocket (BEAM). As dual specialists in new-clear fusion, primordial blooze and glittering bass-bin pressure, Angel Rocket is a match made in heaven.The AM003 EP is a masterclass in playful dance floor navigations, charting territory from dancehall and techno to blissful Balearic plod, and beyond. It's the perfect release for Accidental Meetings debut wax release after a string of impressive cassette tapes & forward thinking compilations.'Pomelo Fog' is a 100bpm wormhole with warm reese-bass expansions and washes of serotonin-soaked pads incubating a new mutant techno-dancehall variant.'Oyster Perpetual' boasts an immaculate palette of harsh, tactile mid-highs and glossy bass swoops, sitting pretty between the realms of 100bpm Dembow and 200bpm Jungle.Next in line is 'Tunnelrunners Unltd'; a pop’n’lock maze of funkee wall banging 4x4 techno with a noizy, UK-inspired lean.'Foamstone Hoedown' closes the record, its low-slung Balearic wobble and weirdo 5th World polyrhythms gently beaming listeners back down to earth. 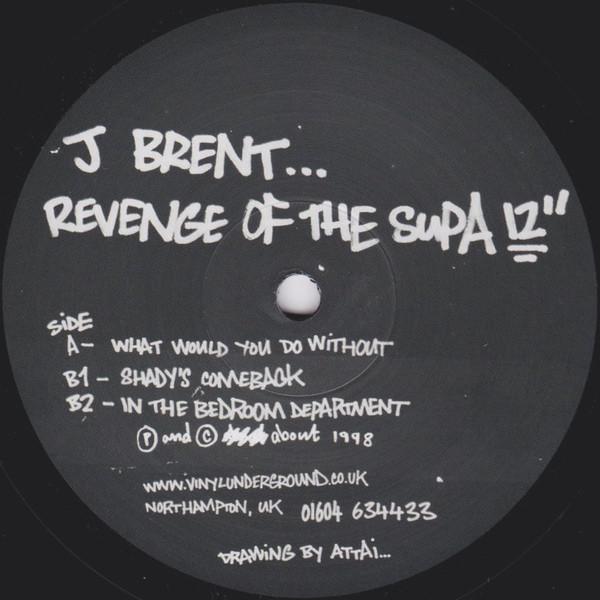 Revenge Of The Supa ……

Josh Brent (Schatrax) - recording from around 1998 - came out as Supa 12″ around 2000 .We found a white label in the basement here and all loved it and started to track down the original tapes for this re-mastered 12″ , simple pure underground house with the right influences - Has been causing underground waves in recent years. 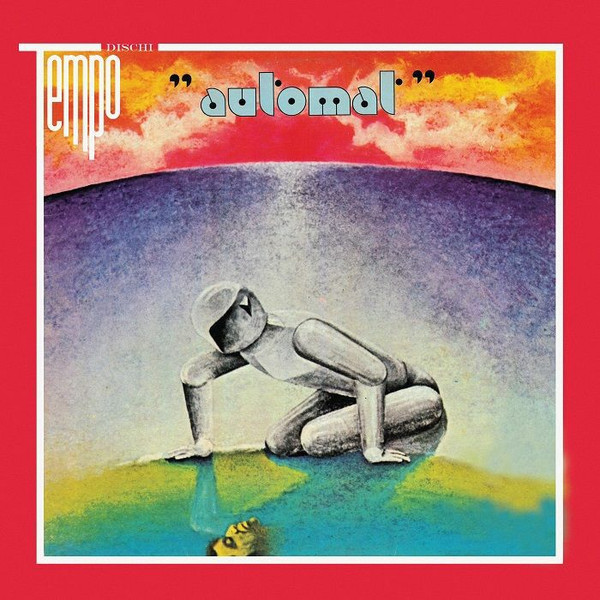 Tempo Dischi's second release is one of electronic music’s seminal albums; 1978 Italian space disco album: Automat by Automat. A year after the release of Oxygène by Jean Michel Jarre, a milestone for electronic music, “Automat" was released in Italy, a timeless record that has influenced the years to come. Released in 1978 by EMI Italia, the album has been produced by two veteran italian songwriters and composers, Romano Musumarra and Claudio Gizzi after meeting Mario Maggi, one of the major innovators in the manufacturing of electronic instruments in Italy. Maggi invented the first programmable monophonic synthesizer ever made: the MCS70. Its sounds have been the basis for the production of the whole Automat album. That synth was used only for this record and remained a prototype, leaving a halo of mystery behind this record.The album moves in the furrows of an atypical space disco, with abstract classical arias alternating with more sustained rhythms, which combine electronic experiments, progressive psychedelic journeys with cinematic themes. The A Side, composed by Gizzi is an electronic disco-tinged suite divided into three parts (The Rise, The Advance, The Genius). Ater a brief spatial intro, the insistent arpeggio expands into a soundtrack theme with a sumptuous melody, which slowly fades away to make room for a progressive psychedelic journey. The B Side, composed by Musumarra, is made by three tracks, including ‘Droid‘, one of the most representative songs of the electronic music of the early eighties. A magic sequence between the bassline, the electro drums, and the spatial disco theme with a futuristic and cinematic mood. This is a record that has influenced the music of our days and after 40 years may still sound contemporary. 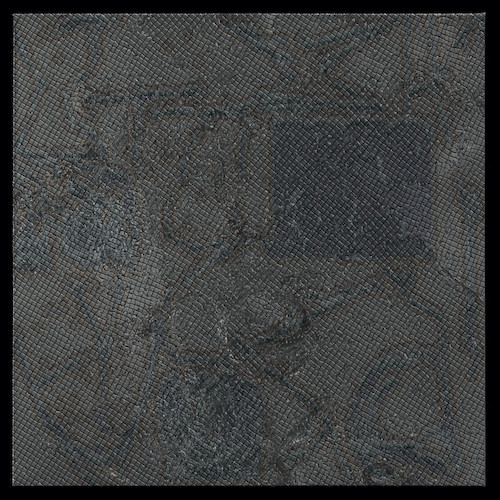 After featuring on the label with a contribution to Erell Ranson’s “Hand In Hand” Remix EP in 2018, SUED co-operator SW. punches back in on KOC with a hectic six-track sonic journey by way of inaugural transmission.Crest-surfing the margins betwixt abstract beat-making, hardware experimentation and further explosive club-ready wares, the German producer breaks the trip in with the tropical hot "ariaJA" - reeling out a savvy mashup of animalian field recording, spaced-out FXs and loopy elastic bounce.Cranking up the heat, a notch further, "moonNEWsoon" pulls out a hot mix of muscle-aching breaks, jackin' n’ smackin' toms and iridescent synth stabs, all coated with a thick sauce of mind-boggling machine stunts. Trading its gridlocked intro for an aqueously luxuriant design throughout, gOiOsee has us deep-diving in an all-blue scenario where each element finds itself draped in richly-hued envelopes.Flip sides and here comes the further shape-shifting, non-formulaic "mASsLESS", which invites us to see straight through glassy cascades of skittish snares, gummy synth arpeggios and futuristic chimes as an Eden of AI-rendered birdsongs and forgotten melodies come to life before our eyes.Back to a more dynamic mindset, “justMUST4y brings lush flights of altered piano chords and pop-informed harmonics face to face with a gritty, metronomic drum work to weave another singularly off-kilter epic SW. holds the secret of, right before "VFXpeaksTWIN" wraps it all up in a soul-invigorating, Twin Peaks-scented and horizon-broadening ambient finale. 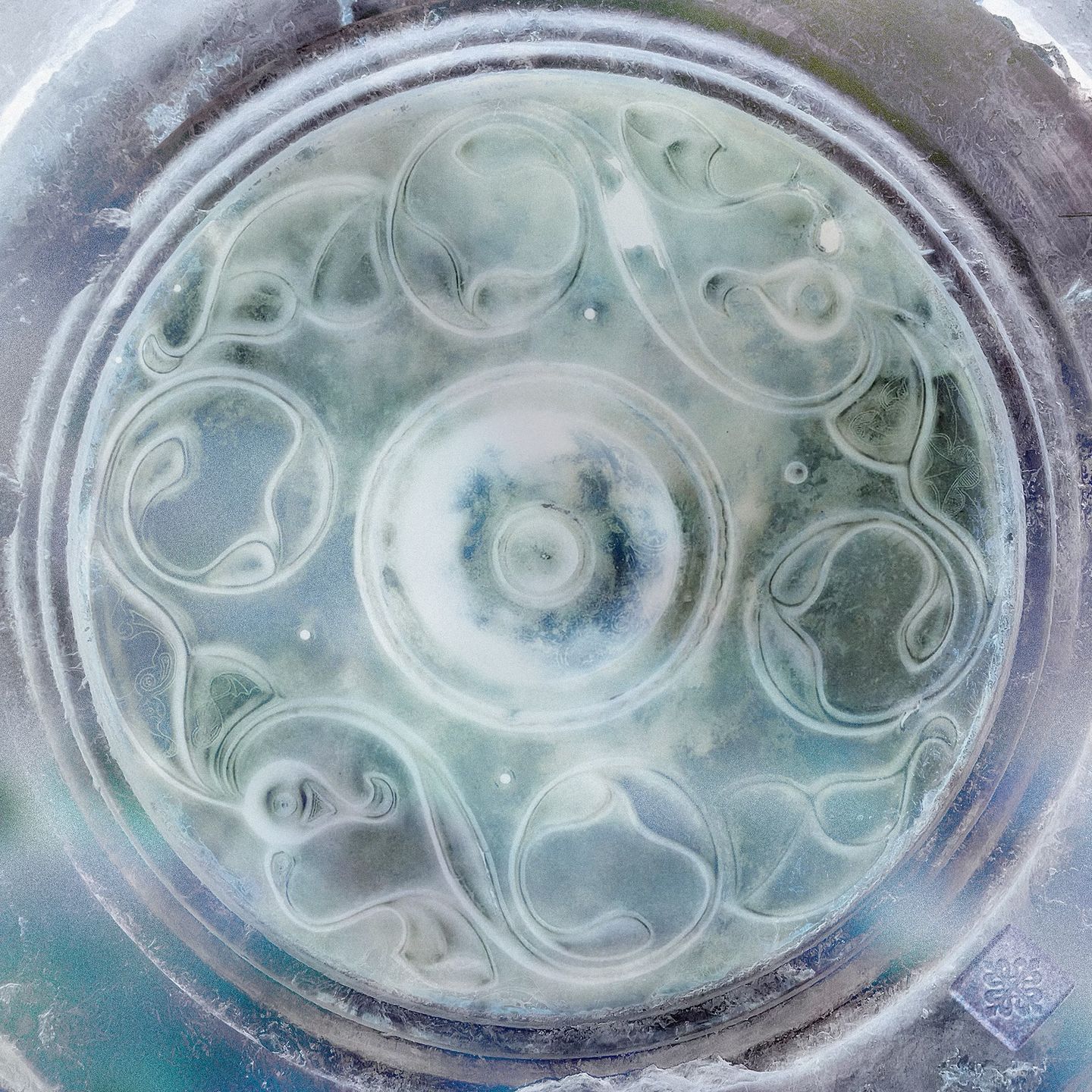 Baby With A Halo…

Baby with a Halo is the newest record by Montreal based artist Ura. The songs on here feel like little organisms. While familiar genre references may shadow the pieces, from the faint ash of reminiscence comes something tactile and singular to the person who sat with the sounds and felt how they might coexist. Everything is rhythmic, the textures arrive, disappear and respond to each other in ways that could make you forget there was someone behind the controls all along. The result is full of love and ambiguity ~ choose ur own journey. 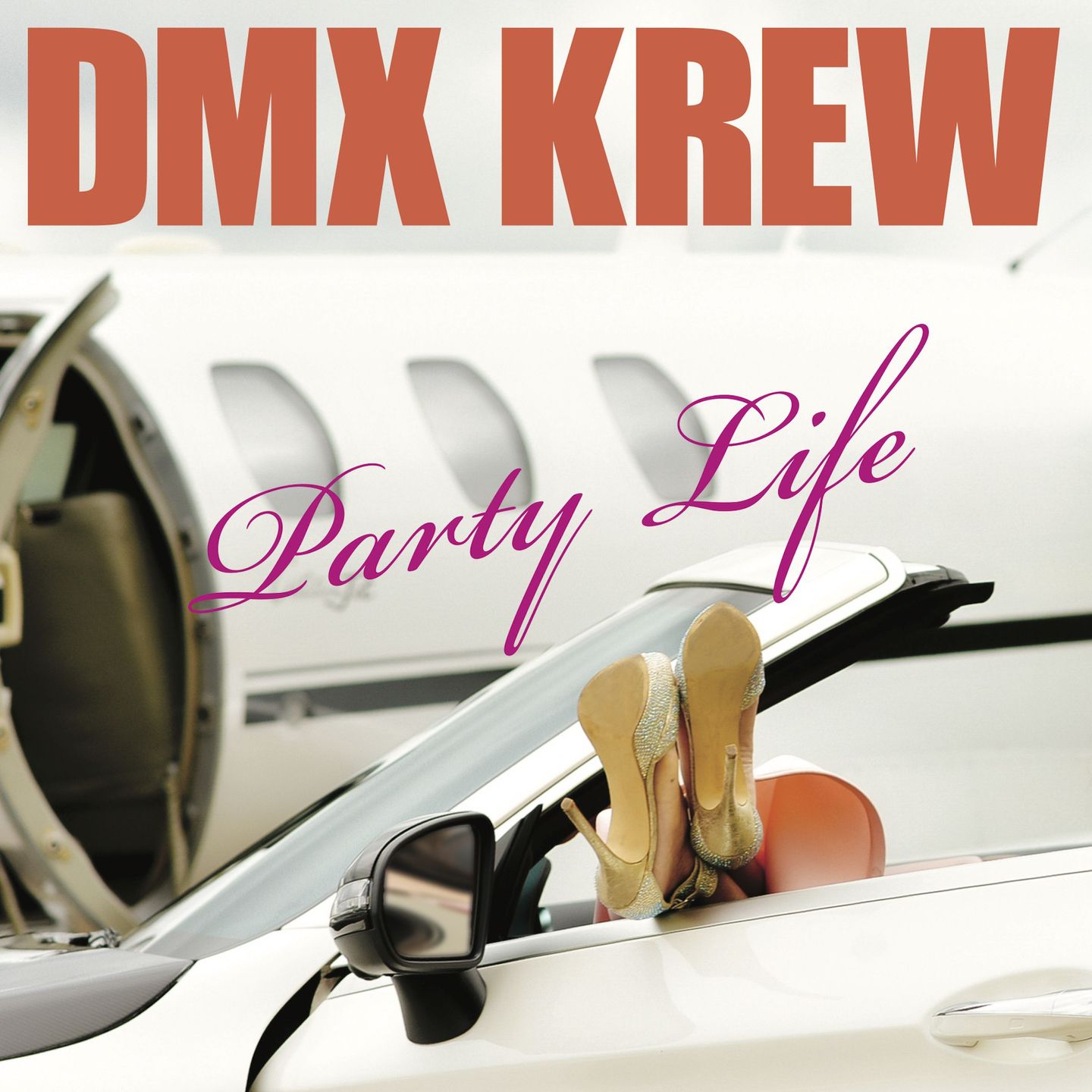 After the re-release of the classic 'Nu Romantix' album, Ed DMX aka DMX Krew returns to Permanent Vacation with his new album "Party Life". This time the long-haired UK legend is taking a step back from his trademark Electro and Techno sound and putting on his romancing suit. Ed is crooning over 80's styled Boogie, Disco and Funk tracks in a way only he can do it and that will either make you jump for joy or cruising down the coastal promenade. "Party Life" is another example why Ed is a master of all crafts in the ever expanding DMX Krew universe.