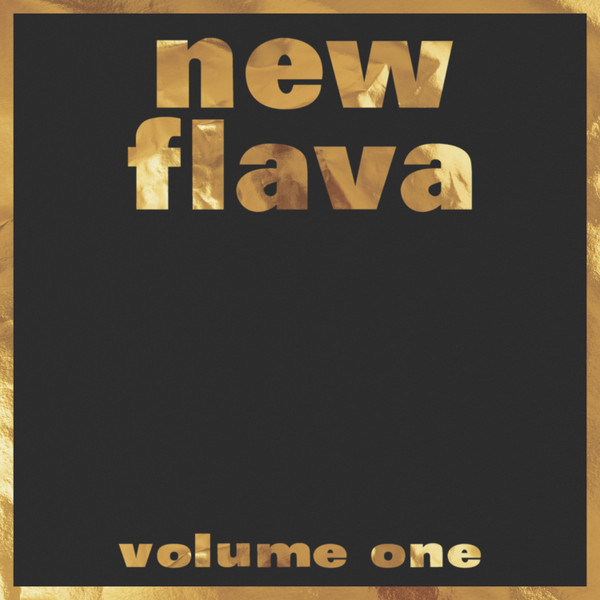 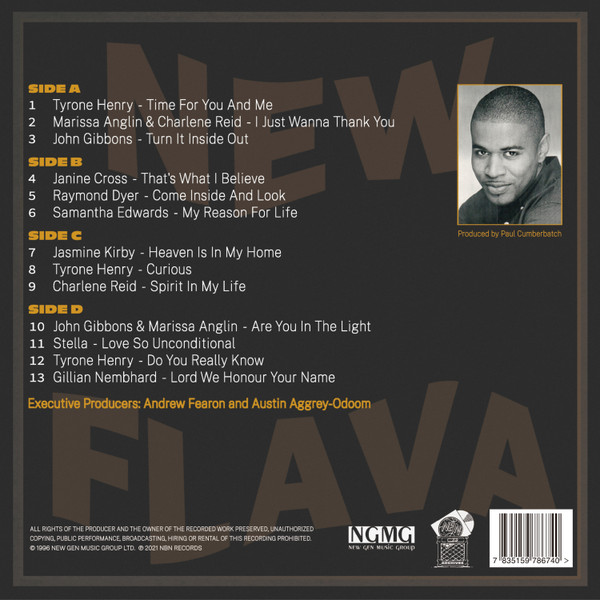 New Flava Volume 1 is an audacious project birthed in Austin Aggrey-Odoom's brain in the Spring of 1995. Austin, being a devoted Christian as well as a massive music fan, was a regular at different churches across the London Area during the mid-90's. He then connected with many young aspiring Gospel/Soul/R&B singers and had the idea to produce a Gospel album that could appeal to a younger crowd, mixing US R&B influences, to create a new kind of Christian R&B that could have radio potential, while showcasing U.K.'s underground Soul talents from the Gospel community. His love of God and passion for music would finally merge into this hybrid compilation project called New Flava Volume 1.

Tyrone Henry - Time For You And Me

John Gibbons - Turn It Inside Out

Janine Cross - That's What I Believe

Isaiah-Raymond Dyer - Come Inside And Look

Samantha Edwards - My Reason For Life

Jasmine Kirby - Heaven Is My Home

Charlene Reid - Spirit In My Life

John Gibbons - Are You In The Light

Tyrone Henry - Do You Really Know? 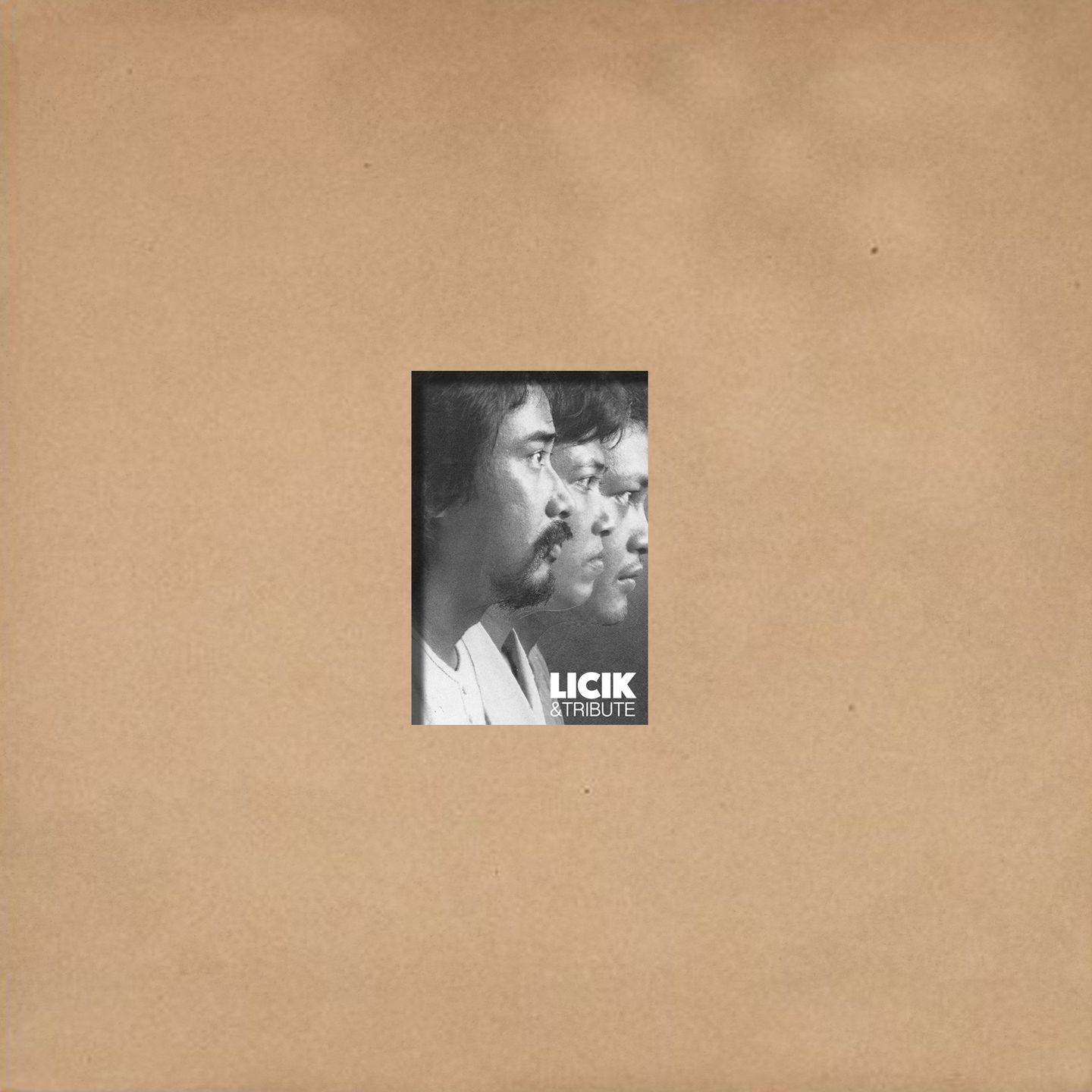 It’s one of the best kept secrets of the Indonesian archipelago. Hidden away on a pop album inspired by The Police, lies ‘Licik’, a deep vocoder funk workout lasting over nine minutes. It’s the first recorded Indonesian song to use the vocoder in such a way.‘Licik’ is a hauntingly unique track and a testament to the quality of some of the best music the archipelago has to offer. Friends 82, consisting of Delly Rollies, Norman Rachman and the vocoder wizard Harry Sabar, wrote and recorded the track on the spot back in 1981. The B-side pays tribute to the original song, with a re-contextualisation of the original by Jakarta-born, Bali-based multi-instrumentalist Dea Barandana.Fully licensed from the songwriter and living legend Harry Sabar, Jiwa Jiwa seeks to offer a platform and hub to build bridges and connect natives of the archipelago and its diaspora around the world, across different generations. Focusing on the music and creating contemporary projects through a variety of disciplines. 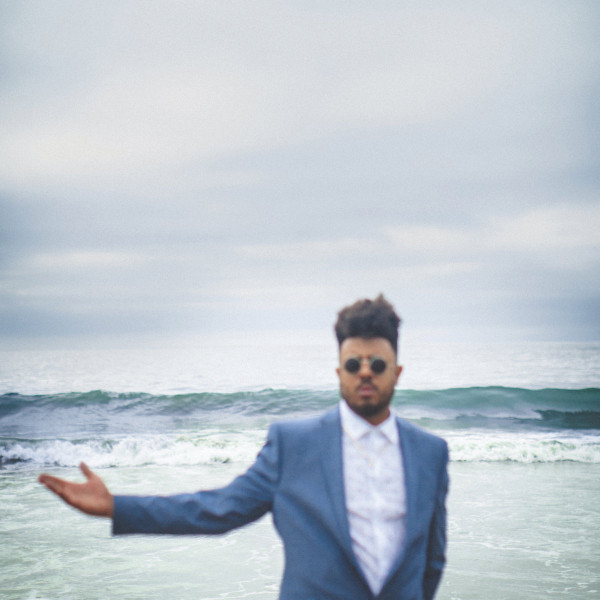 The Color Blu(e) by Blu 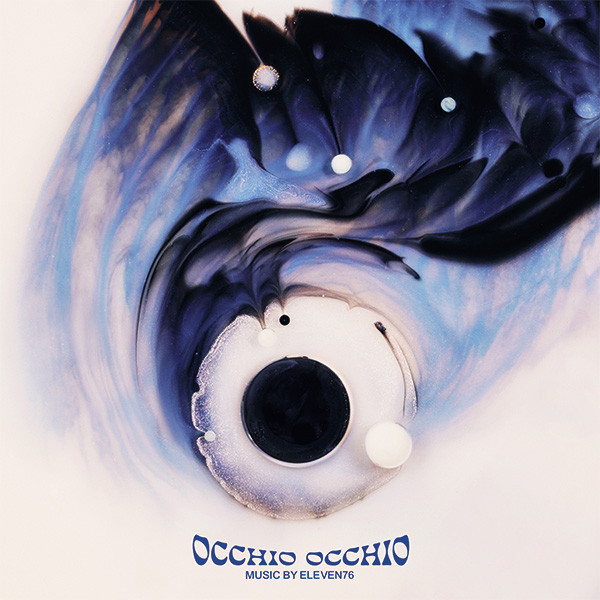 After their debut album Space Voyage for Warner Chappell, Eleven76 are back with a new album commercially available for the first time entitled Occhio Occhio.The album contains insect-themed outernational grooves with tropical and Arabian flavours and smooth and buttered tunes with soulful vibes that are reminiscent of classic European library music. Vintage synthesizers and hot tape-recorded drums continue to lead Eleven76's mystique, with travels through funk territories and all the while frenzied percussion-heavy break beats keep b-girls and b-boys moving on the floor.Including the sold-out first two singles "The Scarab’s Quest" & "The Hornet’s Nest" plus 3 exclusive tracks for this vinyl edition. 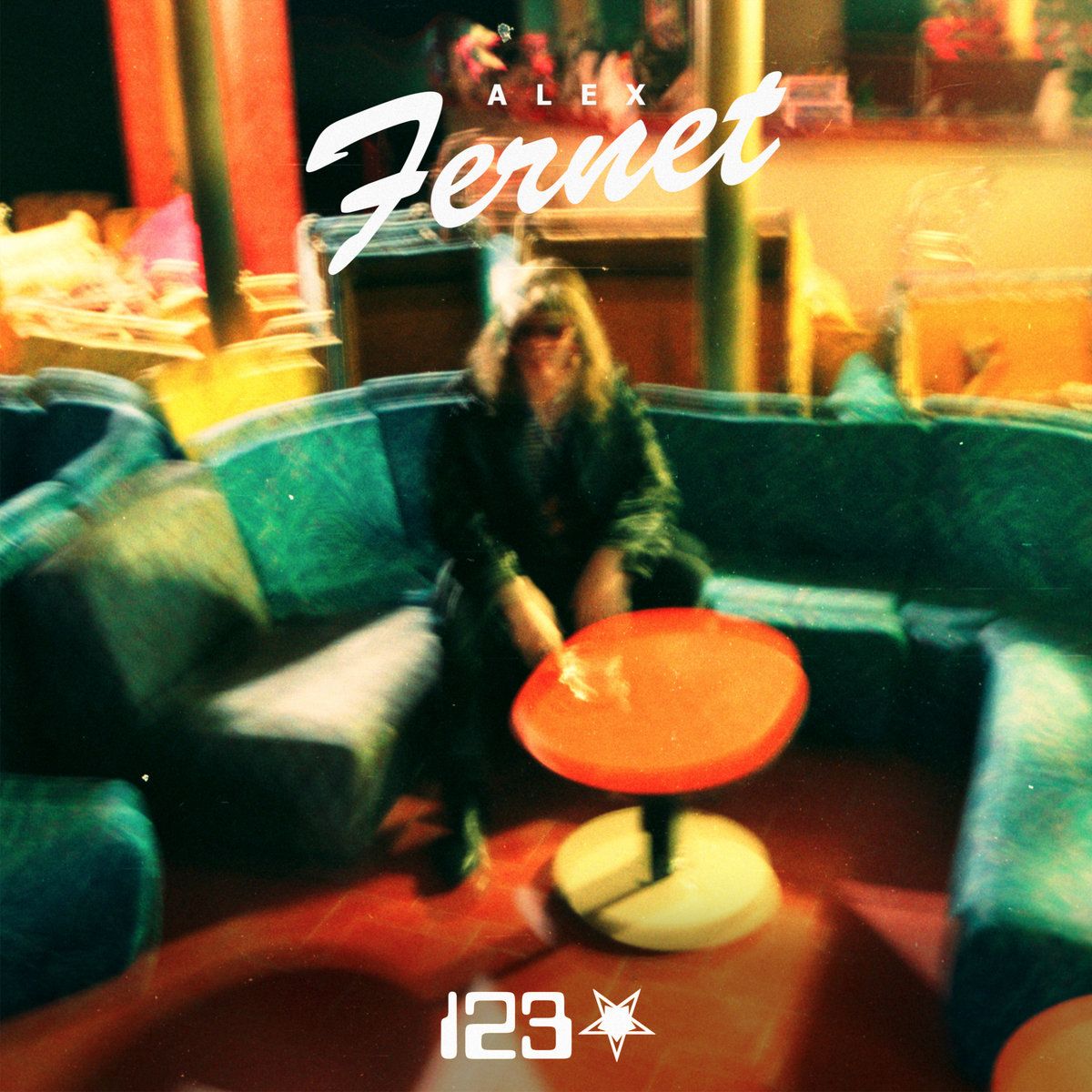 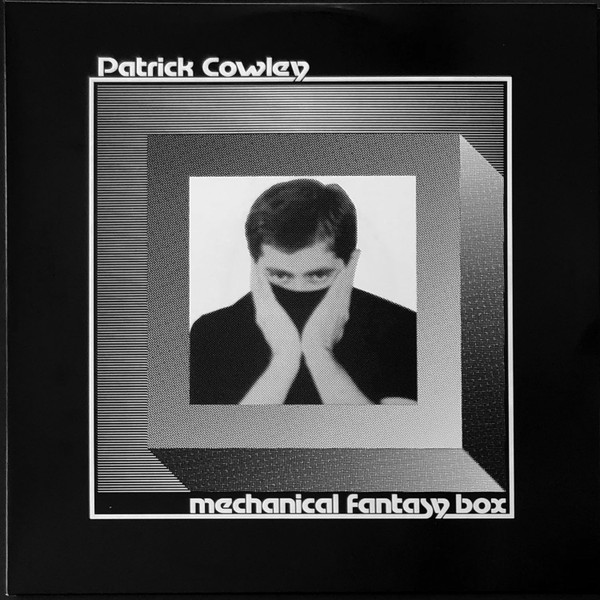 DE269 - US - 2019Patrick Cowley was one of the most revolutionary and influential figures in the canon of electronic dance music. Born in Buffalo, NY on October 19, 1950, Patrick moved to San Francisco in 1971 to study music at the City College of San Francisco. By the mid ’70s, Patrick’s synthesizer techniques landed him a job composing and producing songs for disco diva Sylvester, including hits like “You Make Me Feel (Mighty Real)”, “Dance (Disco Heat)” and “I Need Somebody To Love Tonight.” This helped Patrick obtain more work as a remixer and producer. Cowley created his own brand of peak time party music known as Hi-NRG, also dubbed “The San Francisco Sound.” By 1981, Patrick had released a string of his own dance 12″ singles, like “Menergy” and “Megatron Man”. He also co-founded Megatone Records, the label upon which he released his debut album, Megatron Man. Around this time Patrick was hospitalized and diagnosed with an unknown illness: that which would later be called AIDS. Throughout 1982, he composed two more Hi-NRG hits, “Do You Wanna Funk” for Sylvester, and “Right On Target” for Paul Parker, as well as a second solo album Mind Warp. His life was cut short on November 12, 1982, when he passed away 24 days after his 32nd birthday from AIDS-related illness.Mechanical Fantasy Box is a new collection of 13 unreleased songs recorded between 1973-80 released in tandem with Cowley’s homoerotic journal of the same title. Featuring Patrick’s first electronic compositions in the Electronic Music Lab at CCSF when synthesizers were new technology to songs made at his semi-professional studio on Minna Street equipped with an Oberheim DS-2 digital sequencer. The sounds flows from funk to kraut to psychedelic ambient electronics inspired by Tomita and Krafterwerk. As Maurice Tani wrote in the liner notes that accompany this release, “What you hold in your hand is a collection of Cowley's work from the years preceding his meteoric rise as a pioneer of Hi-NRG dance music. This was before drum machines. Before programmable, polyphonic digital synthesis. This was before “cutting edge”. This was experimental music in every sense.”Some songs were mixed from 4-track stems by Joe Tarantino and all songs have been remastered by George Horn at Fantasy Studio in Berkeley, CA. The vinyl comes housed in a black and white gatefold jacket designed by Gwenaël Rattke featuring a photograph by Susan Middleton and include an essay from music partner Maurice Tani and an 8.5x11 insert with notes. Proceeds from Mechanical Fantasy Box will be donated to the San Francisco AIDS Foundation, who have been committed to ending the pandemic and human suffering caused by HIV since 1982. 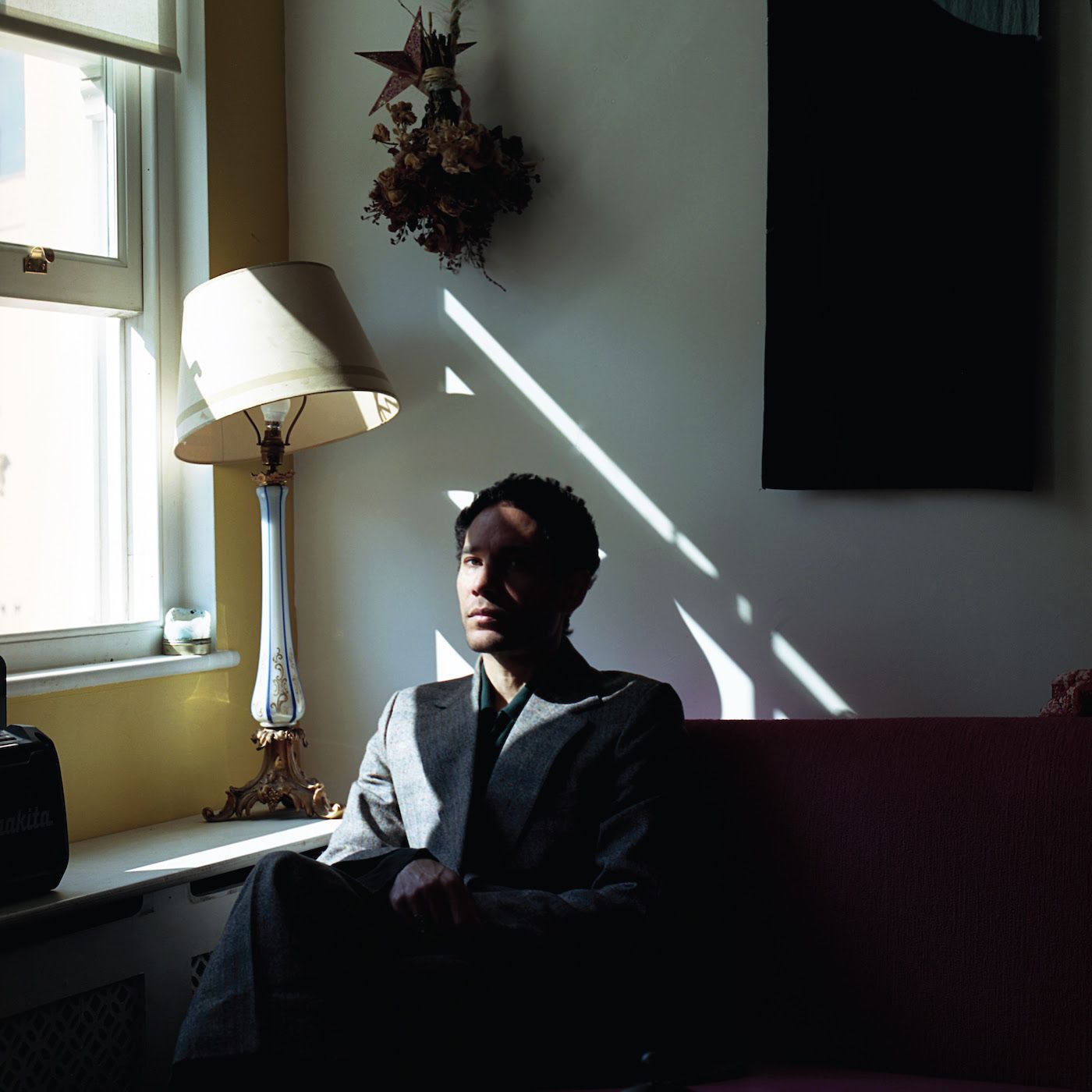 So I Can See You…

The South-London based musician TONE announces his debut album “So I Can See You”, due for release via Rhythm Section.With a mixtape already under his belt, one that he says was thrown together on a whim; this new body of work was created during the pregnancy and subsequent birth of his daughter. TONE, real name Basil Anthony Harewood, was compelled to capture this significant moment, recording mostly at night, with his new life and old life in mind. The album is less a departure of who he was but an embrace of the future and the new life that arrives with beginning a family.Across the 11 tracks, we hear tender guitar riffs and off-beat R&B elements press up against influences of dub and shoegaze leaving you with a woozy afterglow. TONE’s distinctive vocals are complemented by the familiar voices of Coby Sey on “So I Can See You”, Fran Lobo on “From the North” and Roxanne Tataei on “Make It Drop”. Having both Afro-Caribbean and Welsh heritage has informed the ways in which he sees things and the music he has been magnetized to, especially growing up in both a tiny village in the north of England in East Yorkshire as well as further afield in Europe.Time spent in St Kitts and Nevis as a child opened his eyes and ears to calypso, reggae and dub and while back home in the UK, he fell in love with ska, punk and skinhead culture none of which he ever outgrew and to this day still informs his music practice.Each track was recorded on a Tascam 38 tape machine in the studio he set up with Mica Levi and Coby Sey in Hither Green with the drums, played by Marc Pell (Good Bad Happy Sad) were recorded at Andy Ramsey’s studio (Stereolab).Alongside, Levi and Sey TONE is a CURL collective member and was half of the short-lived punk-duo, Farai.